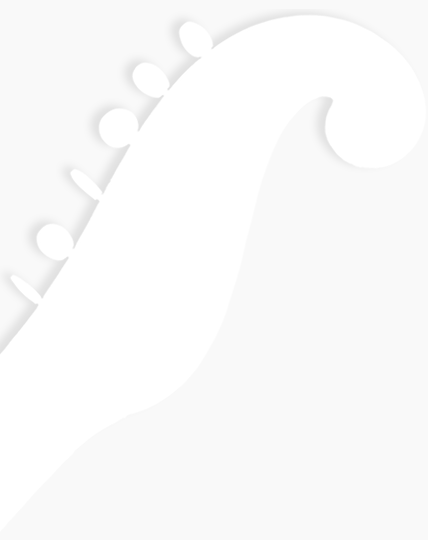 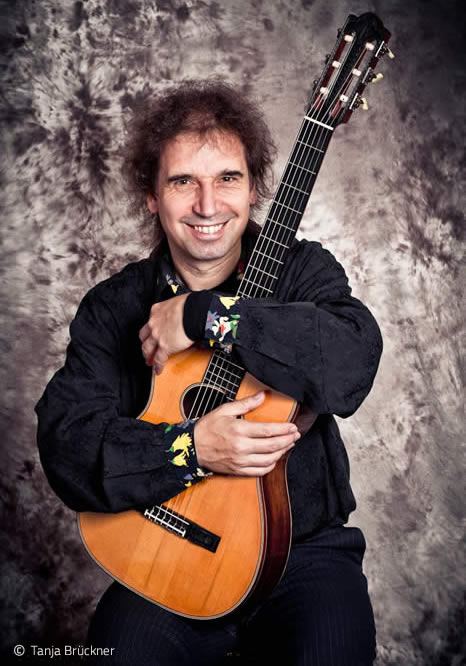 1982 - 1984 passes the entrance examination for the Hanns Eisler School of Music Berlin but is refused a place. Casual jobs at the post office and the public library.

1986 turns to the classical guitar. Introduced by Gert Marx to Martin Jacob, the son of the famous luthier Richard Jacob "Weißgerber". A growing and continuing fascination for ‚Weissgerber’ guitars follows these first encounters with the luthier and instruments from the ‚Weissgerber’ workshop.

1999 onwards: cooperation with the integrative theater group "RambaZamba", musical involvement until 2012 in several productions and gala programs, plus various guest appearances at home and abroad.

2001 Starts systematically researching the life and work of Richard Jacob, and establishes a ‚Weissgerber’ guitar collection and register of ‚Weissgerber’ works (WGWV).

2001 - 2010 employee at the guitar shop ‚Wolf & Lehmann’, Berlin. Gains valuable experience relating to the guitar, especially regarding its construction and technical characteristics.

2002 Construction of a classical guitar in the workshop of Andreas Krüger, Bielefeld.

2003 - 2009 Organization of concerts and events with "Weissgerber" guitars in Berlin. First published articles and lectures on Richard Jacob and the "Weissgerber" workshop.

2007 Beginning of close cooperation with the Museum of Musical Instruments in Markneukirchen. First concert on the "Weissgerber" guitars owned by the museum.

2010 onwards: freelancer as a musician and instrumental teacher.

2010 Co-organizer of the "Weissgerber Tage Markneukirchen" to mark the 50th anniversary of the death of Richard Jacob with several concerts and lectures. Curator of the exhibition of sixty "Weissgerber" guitars.

2010 participation in the documentary "Ohne meine Tulpe geh´ ich irre" (Without my tulip I go insane) by Christian Ziewer (Richard Jacob and the 2010 "Weissgerber" exhibition in Markneukirchen).

2011 onwards: increasing dedication to the exploration of 19th century guitar making in Vogtland, Saxony, and the establishment of a private collection of 19th and early 20th century Vogtland guitars.

2012 onwards: ongoing work on a guitar catalogue for of the Museum of Musical Instruments in Markneukirchen.

Christof Hanusch lives and works as a freelance musician and guitar teacher in Berlin.